How to Escape Being Buried in Your Sins

Most of you reading this do not realize something of fundamental importance: your heart is buried beneath your sins. Some of you do realize this, and have come in hopes of escaping the grave which you have dug yourself into.

I will explain what I mean by the first part later, for now I’d like to address readers who feel that familiar feeling of crushing guilt and overwhelming anxiety about your hereafter; some of whom have all but lost hope in God. I will start with some basic advice which you have probably heard before (but, as the Quran says: فَذَكِّرْ إِن نَّفَعَتِ الذِّكْرَىٰ / so remind, if the reminder should benefit [87:9] ), and then I will give you a golden tip which will work 100% of the time.

1. Realize you are not alone 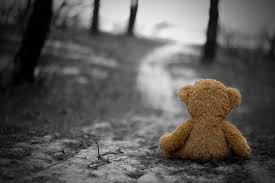 Most people, at one point or another have felt the crushing guilt that you are currently experiencing. Most people have done something bad and felt so terrible about it, that they felt unsure whether or not Allah would forgive them. Most people have done something bad a thousand times over, and wish they would stop. You are not alone. Realize that Allah has forgiven people much worse than you. We read in Imam Zainul Abideen’s Whispered Prayer of the Repenters:

My God, I am not the first to have disobeyed Thee, and Thou turned toward him, or to have sought to attain Thy favour, and Thou wert munificent toward him. O Responder to the distressed!

2. Read ayaat and ahaadith that remind you of God’s mercy 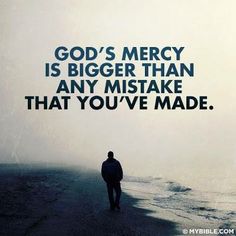 One of the things that always helps to give me hope is a reminder from Allah Himself, or from His Messenger, of His Mercy and Forgiveness. Here is a small list for your convenience – hardly exhaustive.

Say, “O My servants who have transgressed against themselves [by sinning], do not despair of the mercy of Allah . Indeed, Allah forgives all sins. Indeed, it is He who is the Forgiving, the Merciful.” (39:53)

O you who have believed, repent to Allah with sincere repentance. Perhaps your Lord will remove from you your misdeeds and admit you into gardens beneath which rivers flow [on] the Day when Allah will not disgrace the Prophet and those who believed with him. Their light will proceed before them and on their right; they will say, “Our Lord, perfect for us our light and forgive us. Indeed, You are over all things competent.”

And whoever does evil or acts unjustly to his soul, then asks forgiveness of Allah, he shall find Allah Forgiving, Merciful. (4:110)

Those who bear the throne, and those around it, celebrate the praise of their Lord and have faith in Him, and they plead for forgiveness for the faithful: ‘Our Lord! You comprehend all things in mercy and knowledge. So forgive those who repent and follow Your way and save them from the punishment of hell. Our Lord! Admit them into the Gardens of Eden, which You have promised them, along with whoever is righteous among their forebears, their spouses, and their descendants’. (40:7-9)

Say, ‘To whom belongs whatever is in the heavens and the earth? Say, ‘To Allah. He has made mercy incumbent upon Himself. He will surely gather you on the Day of Resurrection, in which there is no doubt. Those who have ruined their souls will not have faith.’ (6:12)

The Prophet (SAWA) said, ‘No one shall enter Paradise except by intervention of Allah’s divine mercy.’ His companions asked, ‘Not even you?’ to which he replied, ‘Not even me, unless Allah encompasses me with His mercy.’

The Prophet (SAWA) said, ‘If you knew the worth of Allah’s mercy, you would rely solely on that.’

The Prophet (SAWA) said, ‘The best act of worship is seeking forgiveness.’

The Prophet (SAWA) said, ‘Increase your seeking of forgiveness, for verily Allah, Mighty and Exalted, has only taught you to seek forgiveness because He wants to forgive you.’

3. Read duas for tawbah and do dhikr of istighfaar 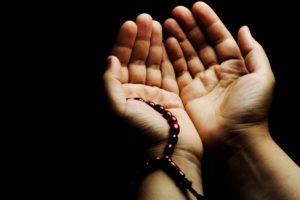 This one is pretty straight forward, so I won’t belabor the point. My only tip is to try to hold the regret in your heart as you make tawbah. There are 3 ways to make tawbah through ibadah:

There’s more to say here, but this is not my main topic, so I’ll leave it at that. There’s a general overview of how to seek repentance as well as a couple of good hadiths here – I highly recommend reading hadith number 5. For brevity I have not reproduced it here.

4. Do good deeds with the intention of seeking Mercy

One day, after committing a number of sins, I felt particularly down. The state of my spirituality was abysmal and so my disposition took a rather melancholy colouring. I felt so despondent and felt like I just couldn’t escape the spiritual funk I was in. I had tried repenting using the conventional methods mentioned above, but I felt like my heart was too hard for it to have any effect. I would try my best to feel deep remorse and a sorrowful heart, and I would put serious effort into meditating upon the recitation of long and intense duas – I would even try to rewind if I caught myself not paying attention for even a minute of the dua so that I would receive it’s full benefit. While I won’t say that this didn’t have any effect, I will say that my hard heart would not allow even a single tear to drop from my face for the evil I had committed before my Lord.

In this state, I found myself annoyed once again at a request made by my parents to do some household chore. But I immediately remembered that God has charged us with excellence towards our parents. I thought to myself, “maybe if I do this chore promptly and please them (instead of making them nag to the point of annoyance), God will forgive me.”

Immediately as I was doing the chore, I felt my heart soften and it was like a heavy burden was lifted from my chest. I could immediately feel God’s Mercy embrace me and I knew I had been forgiven.

While it’s hard for me to remember exactly what prompted this thought, I think it had to do a hadith I heard on the mimbar. I’ve tried to find it, but haven’t had any luck, so I’ll have to paraphrase here (if you happen to know it, post it in the comments, inshaAllah.)

The story basically goes that there was a man who was a sinner – I believe a thief – in the time of the Prophet (saws). He lived a life of sin and was not what we’d call a good person. One day, after a long journey, he was extremely thirsty and came to drink from a well. He noticed an extremely thirsty dog there as well that couldn’t reach the well water. He took off his shirt, drenched it in the well water and squeezed it into the dog’s mouth until its thirst was quenched. Due to this act of supreme mercy and compassion – to an animal at that – Allah the Exalted forgave his sins.

While that story might have been an extreme instance, the general idea of good deeds washing away your sins has very strong, direct, and repeated Quranic backing. God says:

And establish prayer at the two ends of the day and at the approach of the night. Indeed, good deeds do away with misdeeds. That is a reminder for those who remember. (11:114)

On the day that He will gather you for the Day of Gathering, that is the day of loss and gain; and whoever believes in Allah and does good, He will remove from him his evil and cause him to enter gardens beneath which rivers flow, to abide therein forever; that is the great achievement. (64:9)

If you want the easiest way I’ve found to re-enter Allah’s good graces, this is it. It is almost ridiculous and unfair how effective doing good deeds are at destroying your sins – it makes me really stand in awe of the Mercy of Allah. It’s like He’s looking for an excuse to forgive you.

First of all, doing good deeds does not replace the need for number 3 on the list – standard issue tawbah (which is a type of good deed itself, according to one of the hadiths I quoted above). Good deeds must be done in tandem with istighfar for maximum effect. The take home message is that doing good deeds can soften your heart such that the tawbah you make is more effective. Do you cry every time you repent to God? I know I don’t. This is one of the signs of a hard heart.

And when they board a ship, they supplicate Allah , sincere to Him in religion. But when He delivers them to the land, at once they associate others with Him. (29:65)

This verse applies to believers just as much as it does to disbelievers – the only difference lies in the degree of our shirk. If you don’t believe me, ask yourself when the last time was that you sincerely begged Allah for rizq. Chances are it was when you strapped for cash or needed a job.

I did not fully appreciate why Allah constantly calls us to belief (i.e. intention) and good works throughout the Quran, until I felt my sins being melted away by the most mundane of actions – dish washing. That’s not to say I fully appreciate it now – Allah’s Wisdom is infinite – but I thank Allah for what He has shown me. If you put in the effort, you can see this truth too, if Allah wills.

Try this out and let me know in the comment section how it affected your heart, inshaAllah.

Intentions Why Can’t I Be This Thankful To God?