Why We Don’t Need More Muslims In “The Media”

One of the ideas that’s constantly parroted on the mimbar is that we need more Muslims in the media. This notion is almost entirely false.

The Future of the News

“The media” is dying. What I mean by that is that people are still getting their news – just not from “establishment” sources. More and more, a conglomeration of anonymous bloggers and indie news groups (including YouTube-based news groups) are the ones that people go to for their information. If you don’t believe me, ask any person under the age of 30 when the last time they watched CNN was and see how long it takes them to remember.

The mainstream media is laying off hundreds upon hundreds of workers; the machine is finally coming to a halt. The masses have extreme levels of distrust for mainstream news – especially after the false pretenses of the Iraq invasion, the whitewashing of the bailout for bankers and countless other lies that they have told . Even the most redneck, flag waving American is now aware of the political machinations which the machine swept under the rug for so long. People are tired of a fake, talking head, with contrived laughter and fake news. 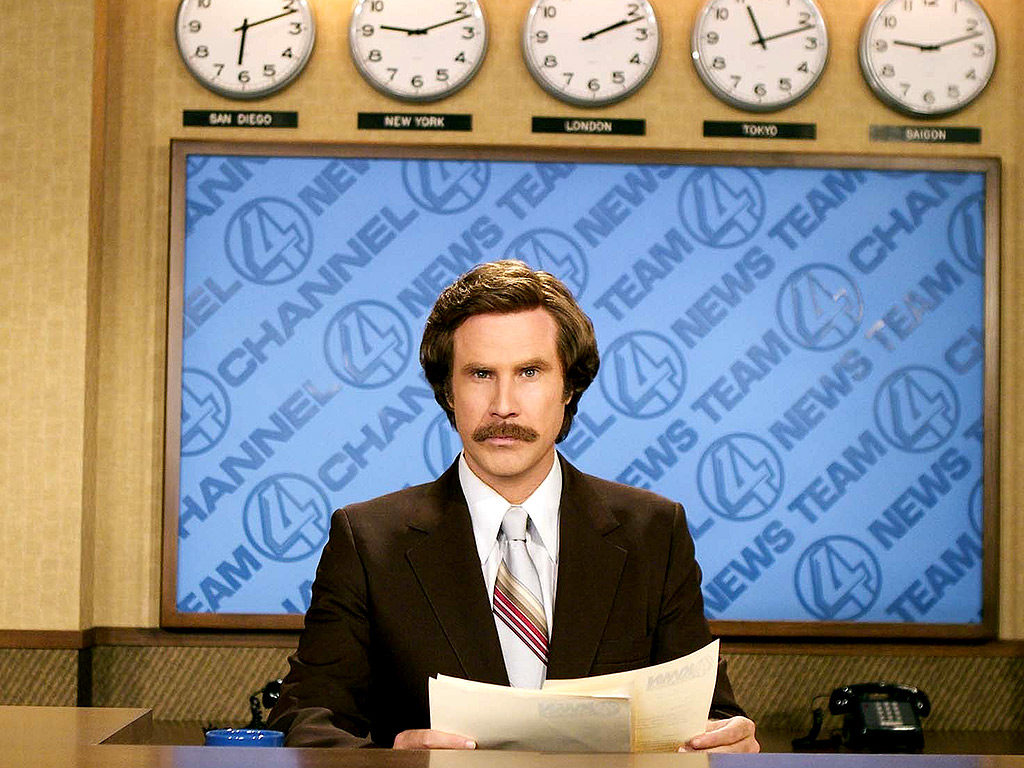 Not that far off…

Given the state of the media establishment, as well as the advent of the internet, a vacuum is being filled by increasingly powerful indie news groups. These sources can range from a single blogger, to a well-edited YouTube program. The most powerful of these alternative media sources are currently more influential than mainstream news sources. Examples of these include The Young Turks and Alex Jones / Infowars.

One key characteristic about these channels is that their hosts are completely real, will tell you their bias, where they stand and why. They will make no attempt to appear “objective” and will give you their honest opinion. This is what people want. They don’t want a talking head with an earpiece and a fake smile. They don’t want false introductions to guests, or showing bombs while that person is talking so as to circumvent our logical brain with psychological tactics that were discovered in the 50s. People want to see a real human being telling us what they think and with their agenda laid out on the table.

There are now several of these kinds of indie news stations on YouTube, with Jewish talent leading the charge. Here are some examples:

If these look impressive, realize that most of these amount to some guy sitting in his basement. Each of these channels has hundreds of thousands of subscribers, and started out with probably under 5 people involved. Channels like these put out the content that influences millennial minds.

Perhaps more powerful than these YouTube channels are the blogs which people sift through on their phones while working some boring office job. The blogosphere has almost entirely replaced newspapers.

A single blog or YouTube channel is not significant enough to influence public opinion. But a conglomeration of interrelated blogs, channels, and forums – all of which share similar beliefs; that is enough to change public opinion.

Currently the blogosphere is divided into several sub-spheres, which further divide into sub-sub-spheres almost ad infinitum. Most of the spheres out there are too insignificant to matter, but several of them have gained traction. These include: the leftist/progressive sphere, the feminist sphere, the manosphere, the alt-Right, the atheist sphere, the conspiracy theory sphere and more. This list is not exhaustive, but the above are what I currently understand to be the most powerful and relevant to Muslims today.

There is also a newly emerging Islamosphere, with its main hub being Muslim Matters. Muslim Matters deals with ideas rather than news and hence is the main medium through which ideas are currently being disseminated to orthodox Muslims in the Anglosphere.

This brings me to another important point; namely that there is a hierarchy inherent in any sphere. I believe the center of any sphere are the people who come up with the main ideas. You then have bloggers who agree with that idea and disseminate it in their own words; but some of whom are original thinkers who further develop those core beliefs or provide new insights. Finally, when enough of an idea network forms, some followers who have adopted the ideas promoted by that sphere will create news channels and artistic material (usually in the form of video satire, memes, etc.) which allow the central ideas and their implicit assumptions to disseminate to the masses. The masses in no way receive the fully reasoned argument for the position being promoted, but rather they consume a conglomeration of arguments, rhetoric, lies and/or misinformation (usually about opponents to the position being proposed), satire, etc. This is the manner in which the masses of people determine their worldview and it is an immutable law within any human society.

Within a sphere, a number of main nodes emerge: the main people who disseminate core ideas, and the main news channels that drive these ideas to the masses in a palpable way. The rest of the sphere feeds off of the main nodes.

Infiltration Is A Waste of Time 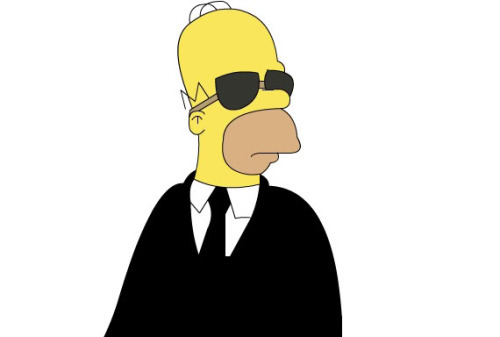 The current media strategy of Muslims is to infiltrate mainstream media outlets in hopes of being able to get a talking point or two in. This is a fruitless strategy that is counter to the Quran.

The primary problem is that it gives complete control to a non-Muslim authority who’s using the Muslim to promote his/her own worldview. They are the bosses, the ones in charge, and if you disagree with their agenda they will weed you out. Hence more often than not, Muslims who enter the mainstream media are either selected for already having liberal views, or they are forced to conform their expressed views to the workplace norm such that they become neutered and ineffective. I believe people promoting this course of action think that if we get enough Muslims in, then eventually Muslims will take managerial positions and hence be able to promote more increasingly Islamic views. This is laughable.

I also feel that this endeavor is largely motivated by fear. Is this really what Muslims have been reduced to? Instead of calling to our way of life, we are trying to placate non-Muslims out of fear that they will round us up like the Japanese and German-Americans in World War 2. Many Muslims don’t talk about this, but it is a latent fear within us, especially the older generation who have come from war torn countries.

Whoever desires honor, then to Allah belongs the honor wholly. To Him ascends the good word; and the righteous action elevates it; and (as for) those who plot evil deeds, they shall have a severe chastisement; and (as for) their plan, it shall perish. (35:10)

If these reasons were not enough, the current strategy of so-called liberal Muslims is explicitly condemned in the Quran:

You see many of them becoming awliyaa of those who disbelieved. How wretched is that which they have put forth for themselves in that Allah has become angry with them, and in the punishment they will abide eternally. And if they had believed in Allah and the Prophet and in what was revealed to him, they would not have taken them as awliyaa; but many of them are defiantly disobedient. (5:80-81)

There are countless ayaat condemning the taking of kuffar as awliyaa. Being a house negro for some billionaire media moguls who want to promote liberalism and moral degeneracy in society is not staying true to Allah, nor does it fulfill the objectives of Islam. Furthermore, it encourages and accelerates the alarming trend of increasingly liberal Muslims who do not understand the message of the Quran.

Trying to infiltrate the mainstream media is a wasteful effort with dubious results. It harms Muslims more than it helps, and it is not the way of the Prophet. We need more Muslims who create their own media platforms and this can be done easier now than ever before in human history. Start alone or with a small team, and just go into blogging and YouTube production. If you have the heart and the mind for it, you’ll gather an audience.

However, in order for the Islamosphere to be successful, there needs to be a hierarchy between Muslim ideologues and Muslim media organizations. We need to have a set message and set of values that we are promoting. We need channels that speak from within our own worldview and promote our way of life (rather than more attempts to placate non-Muslims.) I will detail how this can be done in a future post.